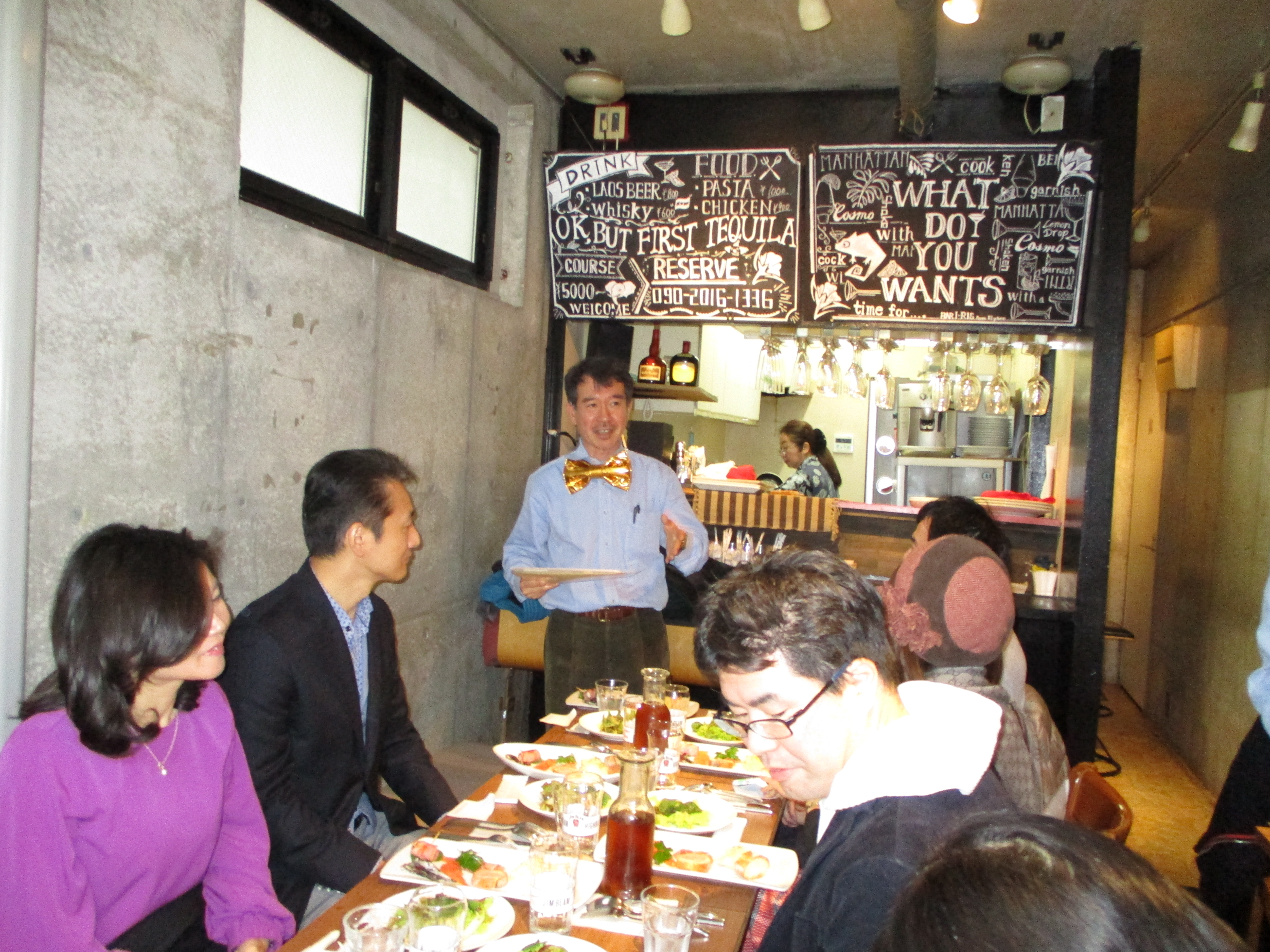 Today we held the last meeting of this year. Firstly, we would like to express sincere gratitude all the attendees of our meeting.
We hold meetings on every 2nd and 4th Saturday and welcome your attendance as a guest as well next year!

[Opening of the meeting]
Our president called to order on time and introduced four honorable guests. 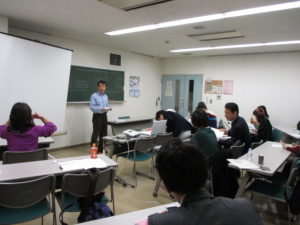 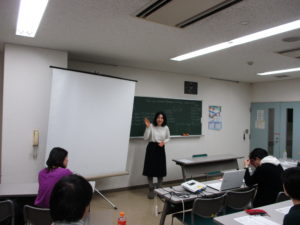 She introduced TM KT as the role taker of “Word of the day” and TM KT shared the word, “celebrate” .

Next is “News of the week” and TM SW took this role. He explained the latest movement of cashless remittance such as “PayPay” etc. 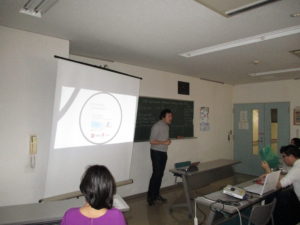 [Prepared speech]
Firstly, TM KH delivered it whose title is “Eight tips for instagrammable shots”. Introducing some tricky pictures which would be suitable for posting “Instagramm” and
raised reminder of global social problem such as poverty in developing countries. 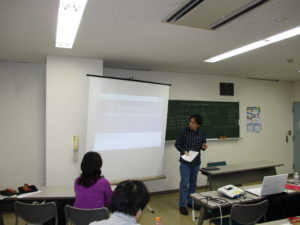 Second speaker is TM TT, as the title is “New discovery – 3.10#. Based on his experience of voluntary guide for foreign tourists in Asakusa, talked how sad it was of
“Massive Tokyo air raid” on March 10th, 1945, during the final stage of World War 2, which left severe damage for Japanese citizens as well as one major factor that led
Japan’s unconditional surrender of the war.

Thirdly, we welcomed TM YT, the title is “人生を変えた一冊”. (delivered in Japanese) He appealed that if someone has attitude with socially difficulty, let us consider if
he or she has problem regarding the relationship to the parent(especially, to the mother) on his or her childhood, based on his own experience and perception after reading
the book he introduced.

Last speaker is our former member, TM MF. She tried to perform an improvised speech.  Prior to the delivery, she had given the one theme among five choices from the evaluator
and deliver the speech. She presented very smoothly as if it had been well elaborated like ordinal prepared speeches. 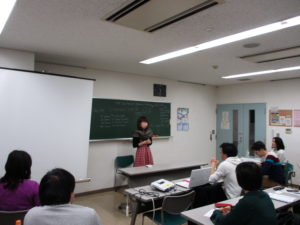 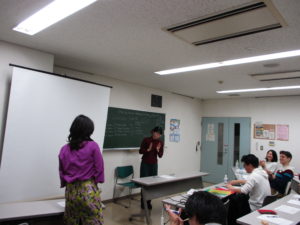 [Evaluation]
This section was proceeded by TM JK. She is Korean but fluent on English and Japanese. 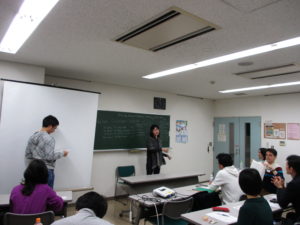 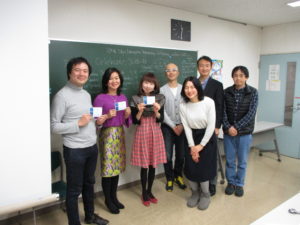 After the regular meeting, we enjoyed special lunch since it was the last meeting of this year.
Also we had some special speeches which is difficult to be presented on the regular meeting, since the format of the speech require special situation such as
“Speech for Toast”(乾杯の際のスピーチ) or “Speech after finishing a meal”(食後のスピーチ).
Details are coming up later, so stay tuned!! 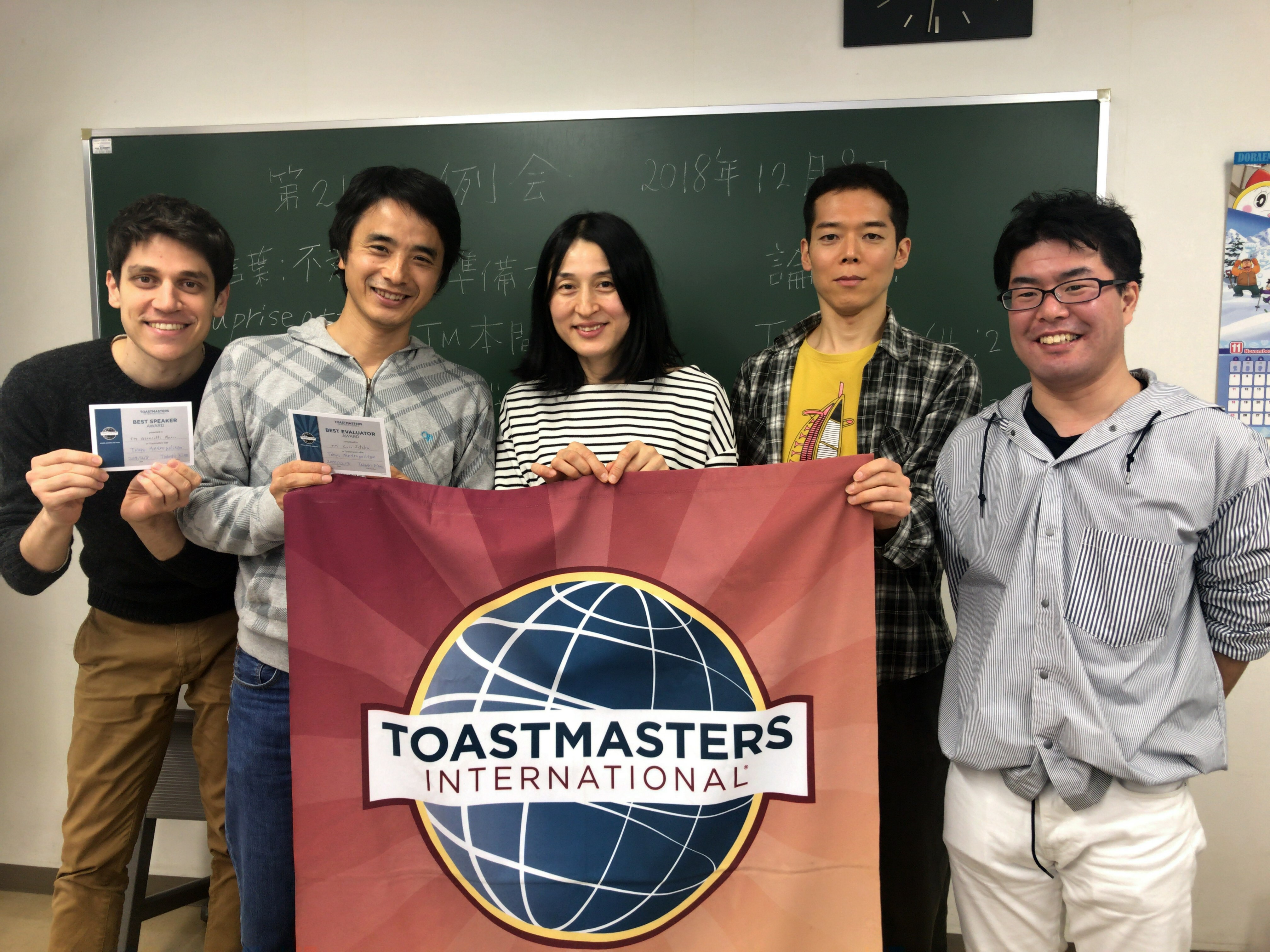 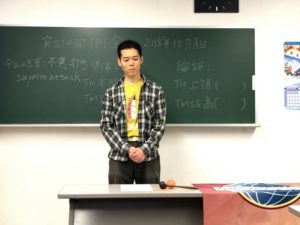 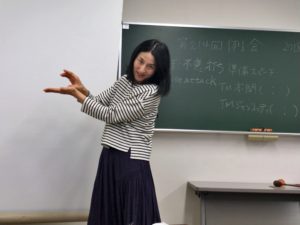 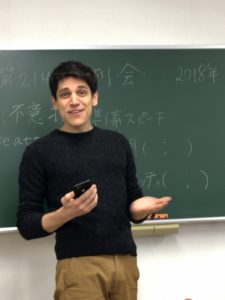 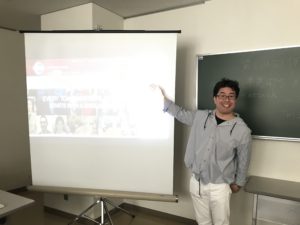 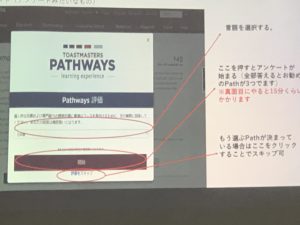 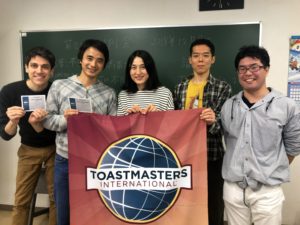 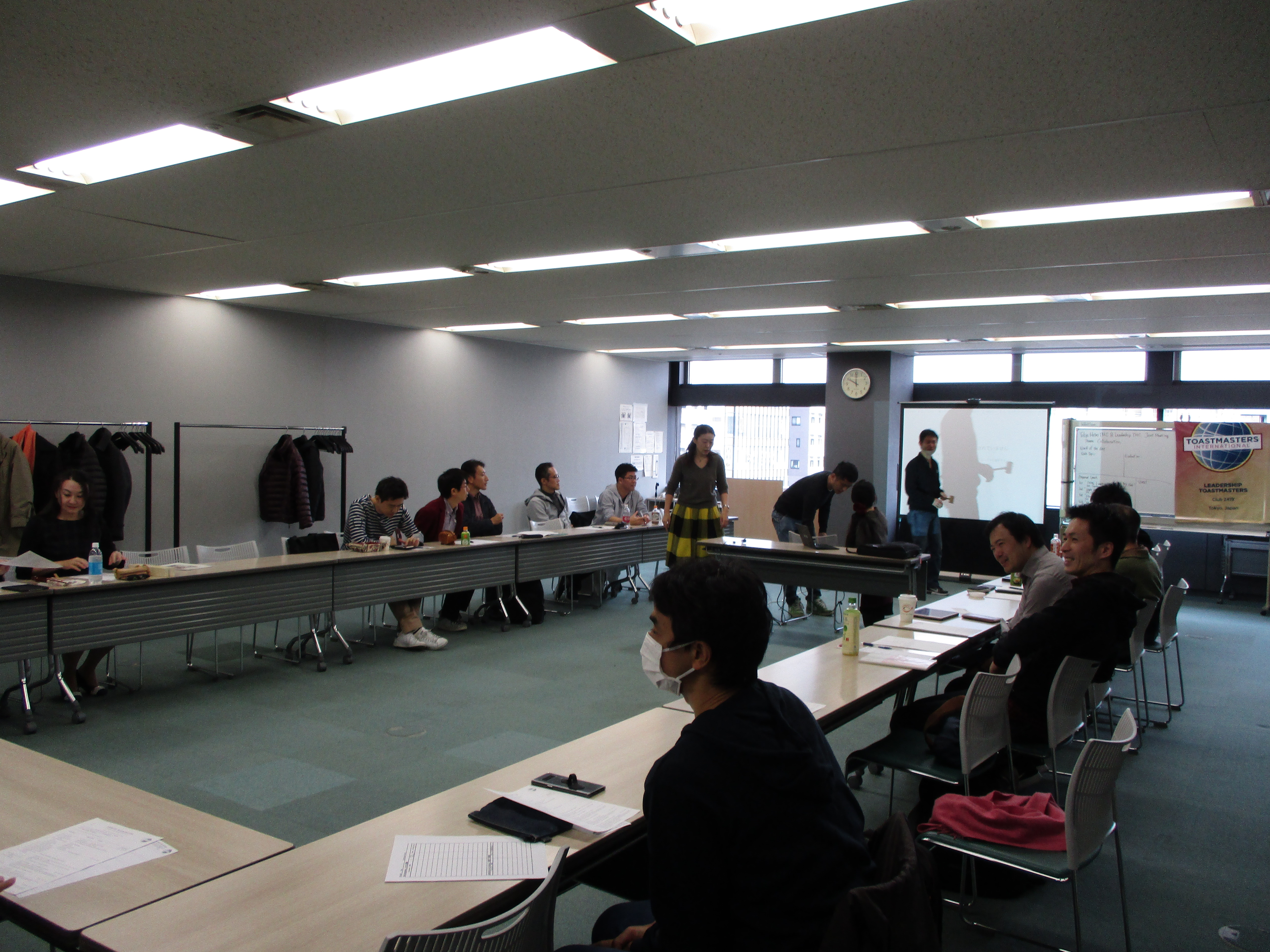 Since this day was the midday of three consecutive holidays, we had concerned how many members would be able to attend.
A member proposed to the officers of Leadership Toastmasters club to hold meeting together with us. They are kindly accepted the offer and it was realized as
Leadership TMC(hereafter, “LTMC”) No.404 regular meeting with us.

Leadership Toastmasters club hods meetings every 2nd and 4th Saturday, from 10 AM. The venue was Bunkyo Civic center. 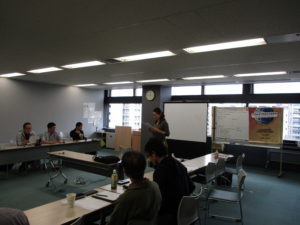 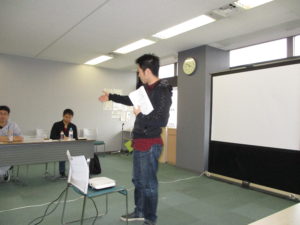 We had 4 prepared speakers today, 2 were member of LTMC and other 2 were member of our club.(hereafter, “TMTMC”).
TM TH of LTMC did his very first speech, the ice breaker. TM YK of TMTMC completed all the projects of “Competent Communicator” manual. 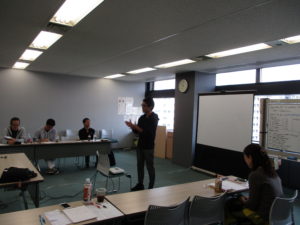 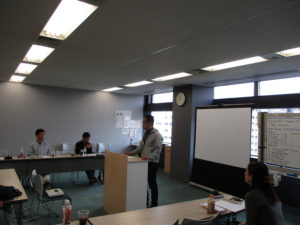 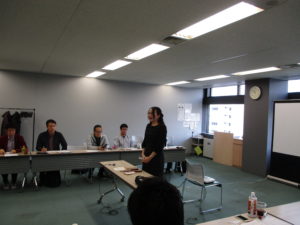 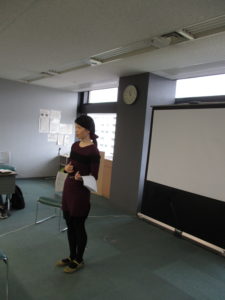 We would like to express our sincere gratitude to all the members of both club, especially made every effort to arrange this joint meeting. 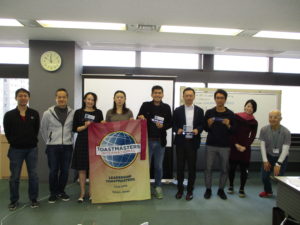