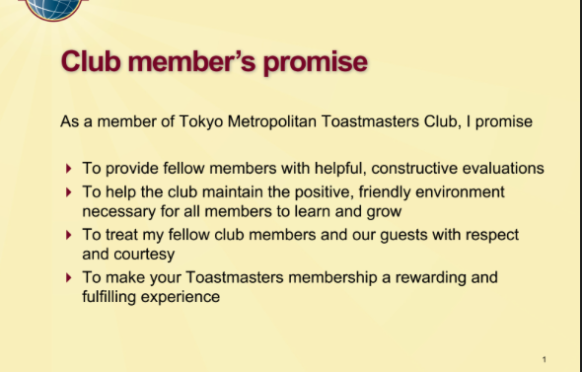 Hot summer days again!! However, we, Tokyo Metropolitan Toastmasters club is “hot” in another aspect.
207th regular meeting was held with 12 attendees and one honorable guest.

Today, “call to order” (declaring the opening of the meeting) was took place by our fresh vice president membership(VPM), TM SH. 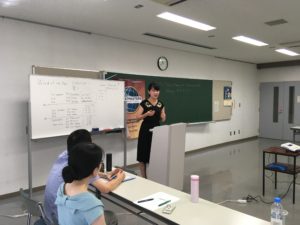 She introduced “Toastmaster Of The Morning”(TMOM) . This is the master of proceeding the meeting. This role was taken by TM YK.
She took this role for the first time since around two years ago!

“Word of the day” provided by TM YS, he introduced the word, “surprise”.

“News of the week” was delivered by TM RY, raising the topic of “Daylight Saving Time” (In Japan, it is frequently called as “Summer Time”), which has been gaining watch by
Japanese citizens since the administrators raised this for the preparation of 2020 Tokyo Olympic games.

Firstly, TM SH delivered speech titled “Let’s try!!” in English. She spoke about her own experiences when she studied abroad.

Secondly, TM HA performed speech in English, the title is “Say yes more”. It made all the attendees positive and heart warming.

Lastly, TM GS executed speech in Japanese, as “日韓例会”. Explained the background of “Korea-Japan joint meeting” hosted by our club and Korean one which has strong relationship to us.

He encouraged all the attendees to raise his or her hand if the one want to perform table topic speech voluntarily. That’s a kind of idea which TM SW(today he was absent) raised on the last meeting. Amazingly, all the four questions TM SK asked to the audience were taken the speakers who voluntarily raised his or her hand!! 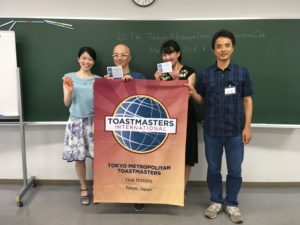 On the ending of the meeting we held Induction Ceremony for Mr. TK who declared the will to join our club on the last meeting.  Joining to our club was approved unanimously at the members voting. Mr TK read promise to the club members and we replied reading “club members promise” as the welcome message to the joiner. 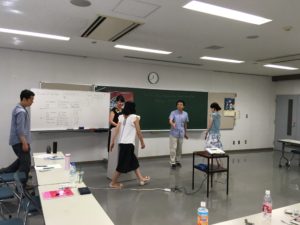 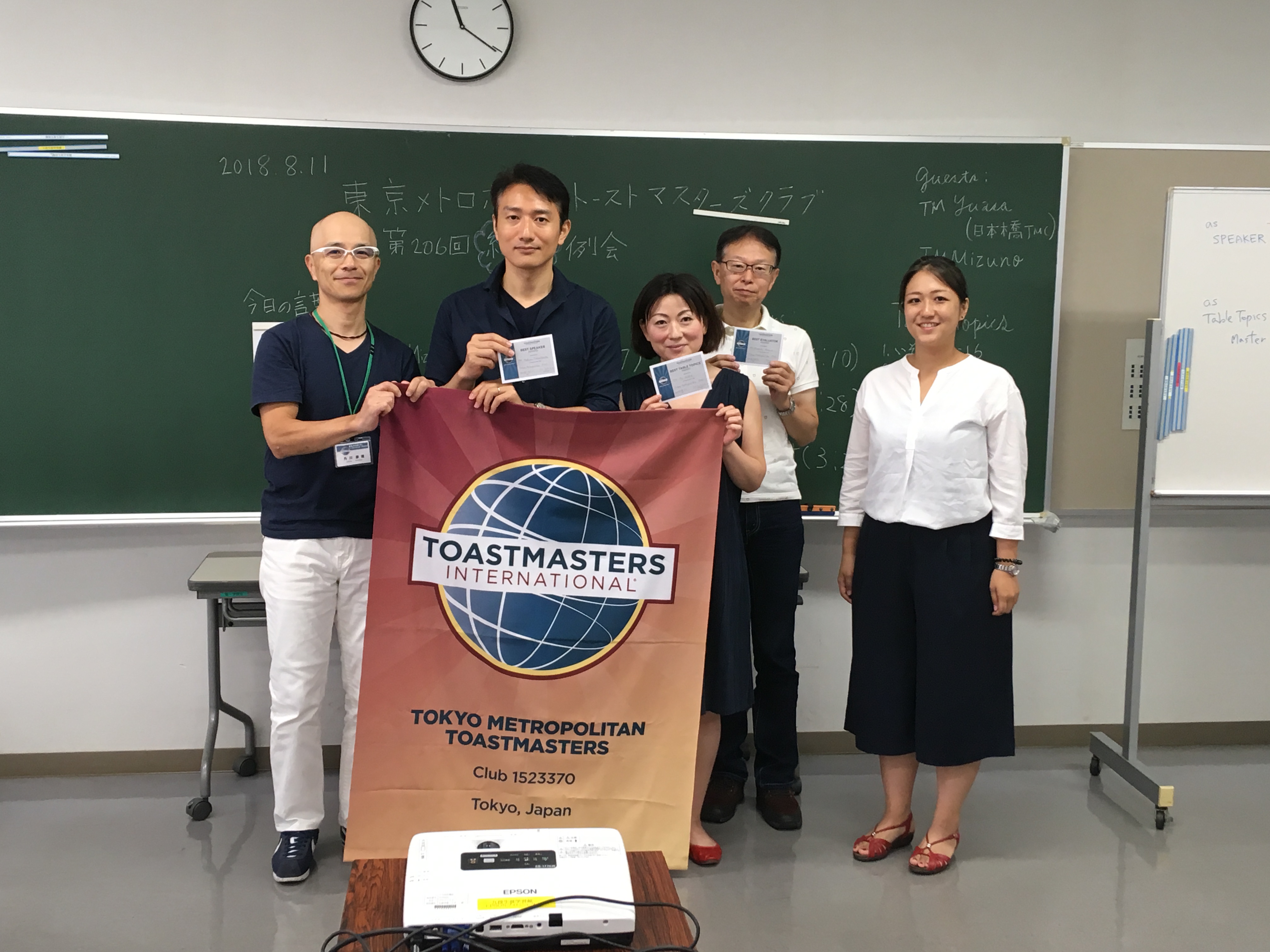 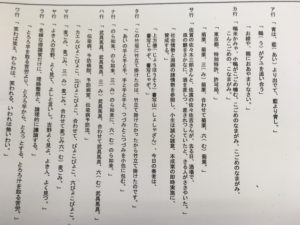 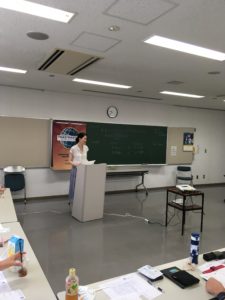 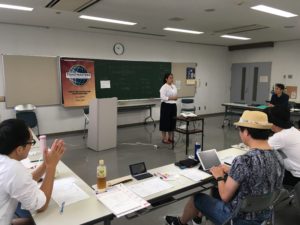 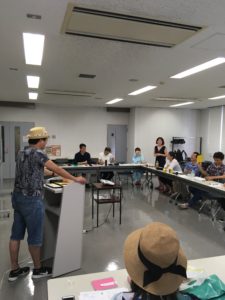 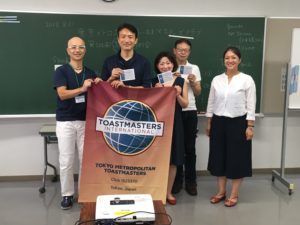