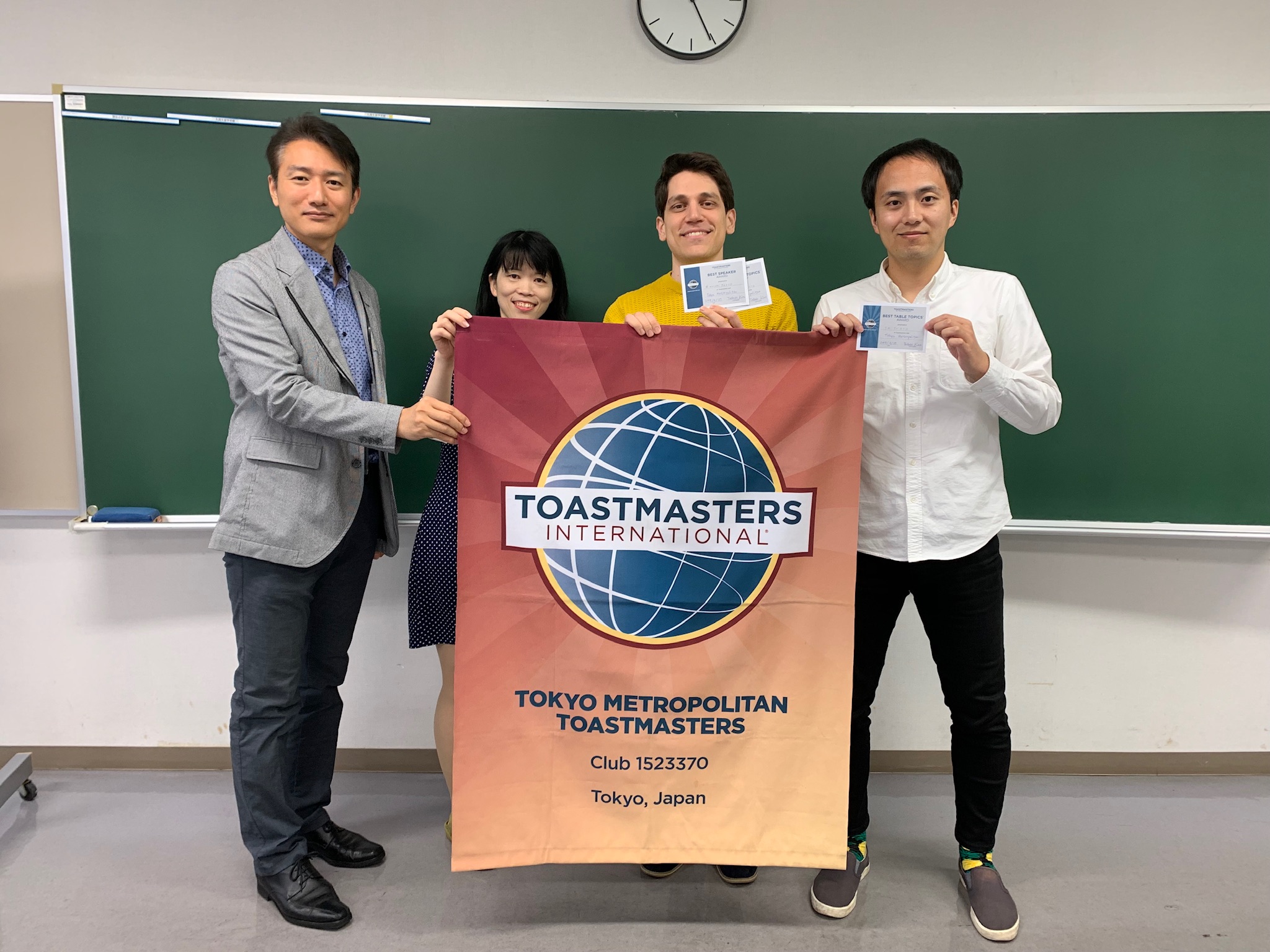 At the first day of the Golden Week(GW), The Toastmaster of the morning(TMOM) TM YKset today’s theme as “Planning a Great Holiday”. All members expressed their plans for the GW in the meeting. Some relax, others shared plans for variouos activities.

[Report] TM SW shared the Korea/Japan joint meeting held on April 13. He enjoyed the meeting as well as delicious Korean food. The joint meeting for the next year will be held in Japan. We are looking forward to welcome Korean members!

[Induction Ceremony] Today TM TY became the newest member of our club after approved unanimously by the members. We pledged that his membership be rewarding and fulfilling experience with TM GM becoming his mentor.

[Word of the Day] TM YK introduced the today’s word “start, as the new Reiwa era begins in a few days ahead.

[Good and New] We all shared a good or new thing happened within 24 hours or withinthis week, together with the GW plan.

[News of the Week] TM SW picked up the news of tragic car accidents in Ikebukuro and Kobe and analyzed the different media/people’s attitude toward the arrested drivers. He then apprehended the intorelant mood in Heisei, and wished tolerance and fainess prevail in the new era.

[Prepared speech] 1st speaker TM GM made his speech titled “Why I love Tortoise”. The title was puzzling to the audience at first, but as he narrate the story, the meaning(The name of a kick-start news app.) became very clear and we recognized the current problems of news media. I was really inspired the slogan “Slow down, Wise up”.

2nd speaker TM TT shared the experience of making his first full marathon, literally hand in hand with his wife. His speech was rather touching and heart warming than his objective “make them laugh”. The couple was distracted by strong wind and rain, which forced them to walk instead of running. He became a calculating timer so that they can make it within the time limit. And they made it.

[Table Topics] The imprompt and joyable session was arraned by TM HH. She is one the master of table topics with good theme and inspiring questions. This time, her theme was “Education” which was very important and all of us has someting to say on it.
The questions covered childhood study to elder education, and made us think about ideal teacher.

[Evaluation] TM TK and TM SK evaluated the prepared speech. They both pointed the good points and practical improvement point, a good example of giving feedback.

We really enjoyed the last Heisei meeting with inspiring speeches and GW plans. In the wake of Reiwa era, I’m sure TMTMC will further evolve as an authentice TMC.