The 282th general meeting was held by hybrid(onsite/online) with the costume play of participants cerebrating the seasonal event “Halloween”. Participants were wearing the costume of a pirate, magician, witch, golfer and Nurikabe^^)

He is into playing golf these days. He talked about his love toward golf by 3 topics(1. his own history to start golf, 2. Analysis about the recent recovery of golf popularity, 3. Tip for beginners). He started to playing golf when he worked in China despite of his past negative perspective against Golf but realized the excitement of the sports as he played hard. He also showed his analysis why lots of people began to play golf during this pandemic in Japan. At last he concluded his speech with some tips for a beginner.

News of the week: TM K

She introduced about the status of COVID 19 in New York since she moved to there this summer. She got vaccinated there. She reported about the pandemic in N.Y. now. Less than half people don’t wear a face mask at outside. There are rules what we have to wear the mask inside a building. Most pharmacies sells the mask, but The mask of quality isn’t better than Tokyo.

The table topics session was managed by TM S. He gave us six questions. Title is Halloween and autumn.
The six questions were as follows;

TM K challenged the new program to make up a story by impromptu speech by every participants. The story was begun with the common phrase to start a fairy tale “Once upon the time~” by TM K and followed by other participants and the time to speech was limited in 1 minute. The impromptu made-up story was funny and interesting.

Congratulations for all award winners!

Thanks for great the time management and today’s meeting websites by TMOM K. The meeting was successfully adjourned on time.

This minutes was written by S. 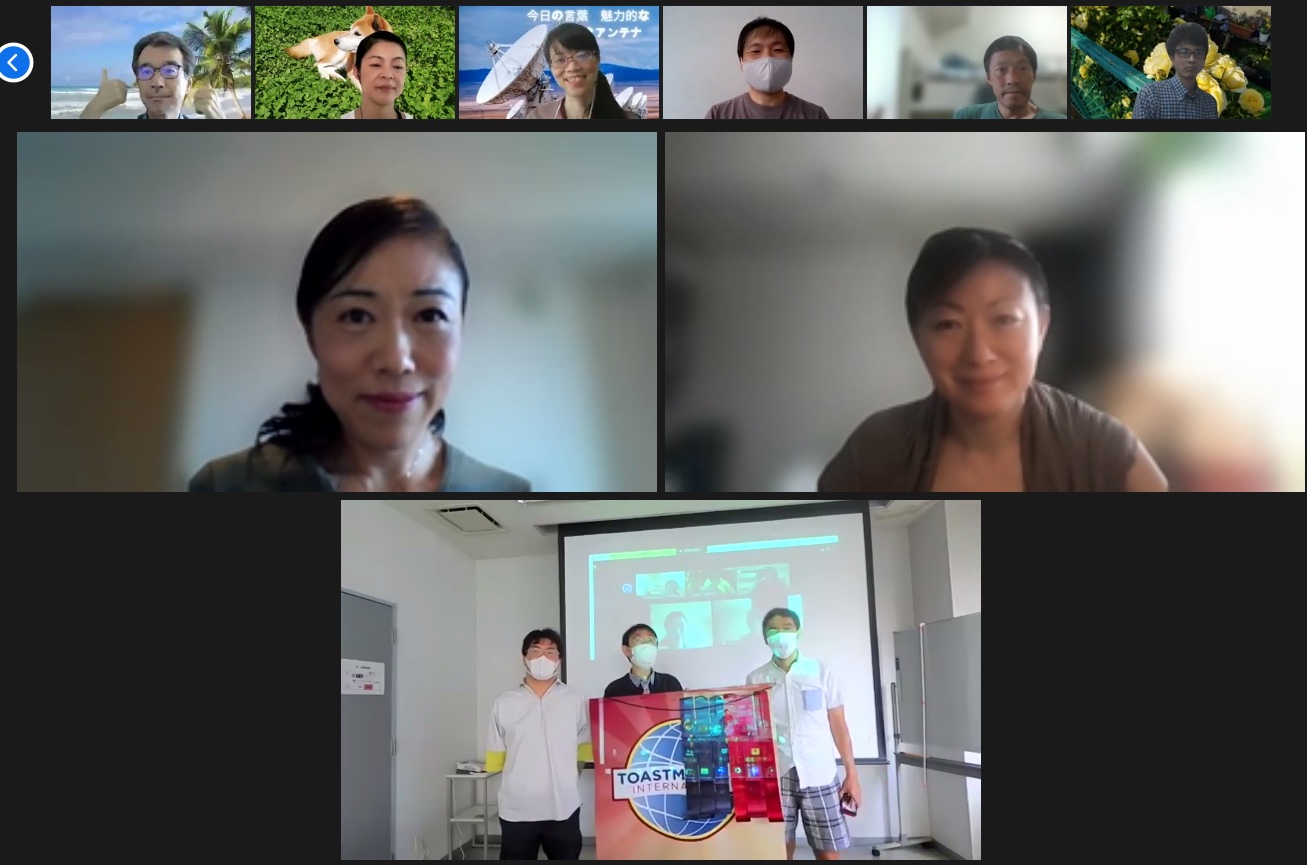 【Word of the day】

We have 2 speeches, one is in English and the other is in Japanese (special workshop-style).

He provided 4 topics relating to recent social and governmental issues.

Members made an effort to respond to these topics.

There were lots of learning experiences including Pathways, easy-speak, and club member’s website. I hope we will have the same kind of workshops.