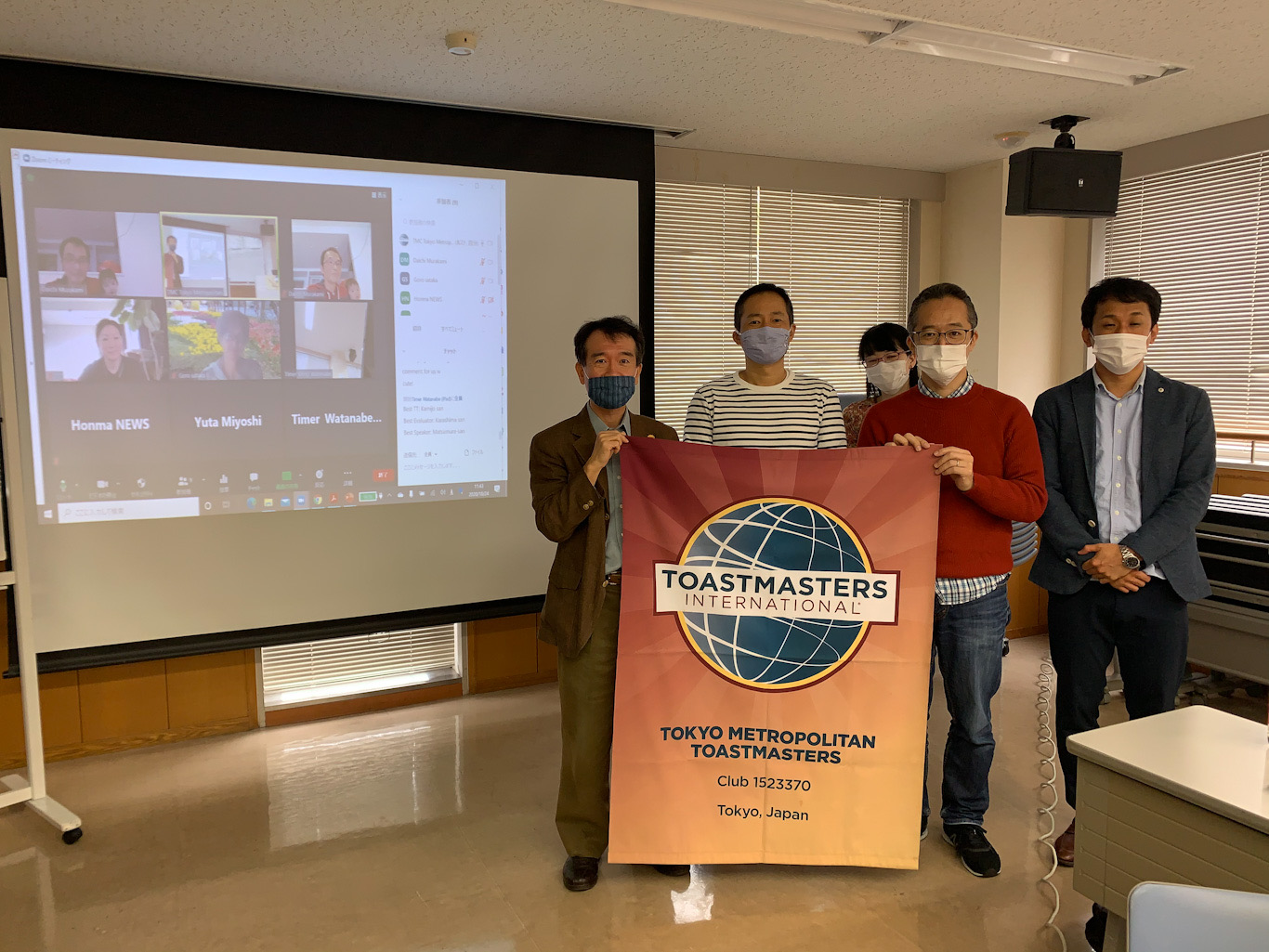 The meeting was held both at on-site and online by hybrid style.There are 3 prepared speakers with 2 Ice break speeches.We could understand their life more.TM H introduced a  new regarding “Bear”. It reminds us to be careful when go to mountains.Table topic session lead by TM I was really interesting with a style to be a salesman of something.

News of the week: TM HShe introduced a news regarding “Bear”.This year, Bear is very active.Normally, encounter bears decrease after a peak in July.But this year, it did not decrease.This year, in the mountain, bear might be closer than imagined.

Prepared speech session
1st: TM Y (9’42”)
“About myself and Toastmasters”
Finally, he made his first speech since he joined toastmasters club last year. Everyone was waiting for his speech for a long time.
He introduced his interesting life experience .He grew up in US, with many cows at a farm in Ohio and New York.He introduced automation products for treating cows in farm.milking system, blowing cow machine.
He also explained why he is in Toastmasters.

2st: TM M(5’55”)“Look back my life”This is also an ice break speech.TM M introduces his life, how he has grown up.One book “Shinya Tokkyu” changed his life.He started to travel abroad.He made a big effort to obtain his language skill, he also studied Chinese.His passion to work abroad was really strong and got a chance to work in Jakarta.Now he is enjoying his job in Japan with great colleagues.

3rd: TM K(4’30”)“Activity of Area27”TM K introduced Toastmasters activities in District 76(Japan).He is an area director of Area 27, which TMTMC belongs to.He introduced the organization of district 76, and area 27.(Okazaki(Aichi) belongs to Area 27.)Area contest will be held in March next year!!!

~Table Topics~ TM ITM I made a wonderful session to be a sales person. She asked us to sell something.

TM S, TM S, TM K evaluated prepared speeches. They have pointed out several good points and given some improvements.

Several members have used the word of the day.TM I reported filler words in each speaker with detail findings.Announcements.TM W announced 2 things.

the meeting was successfully adjorned on time, 11:50.