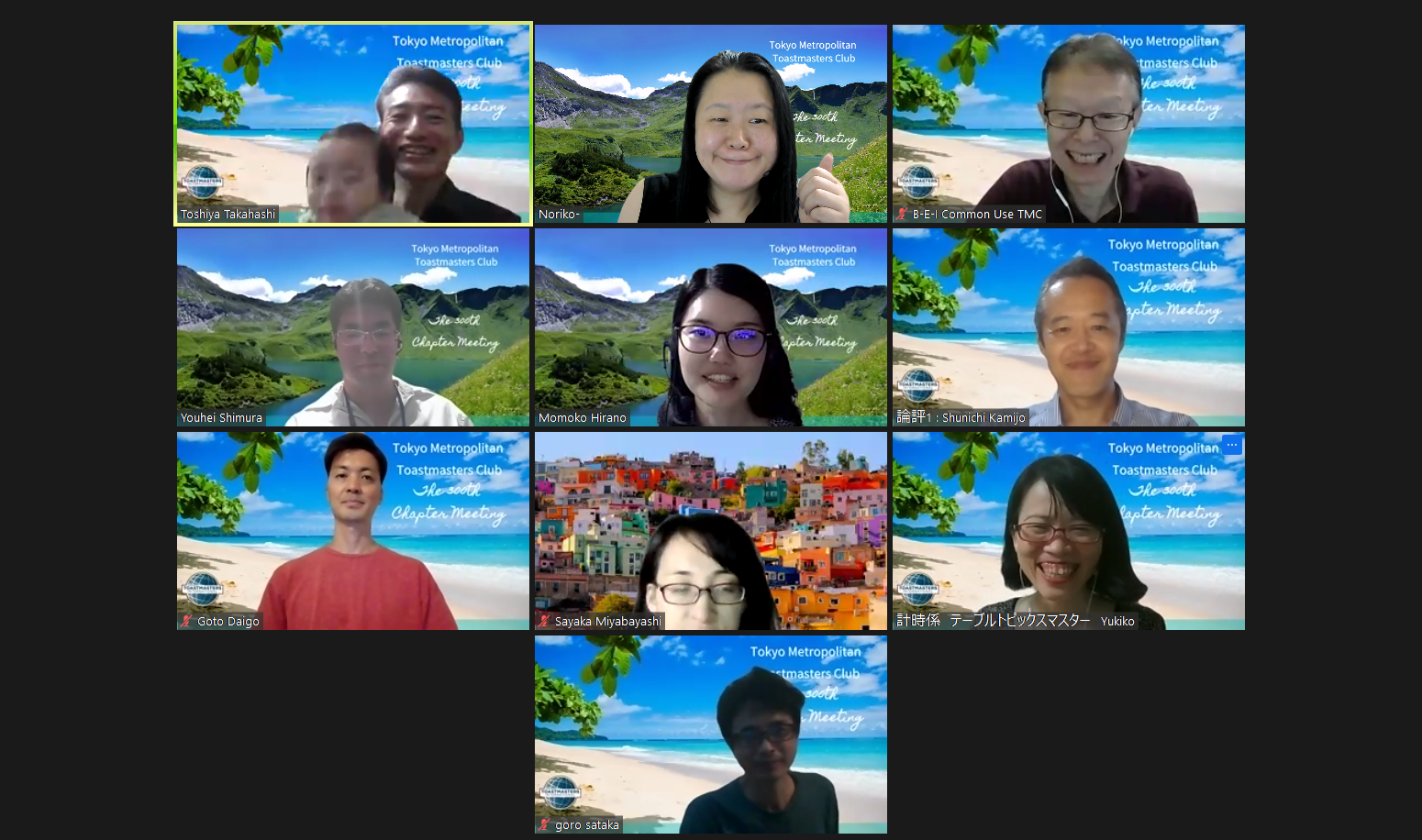 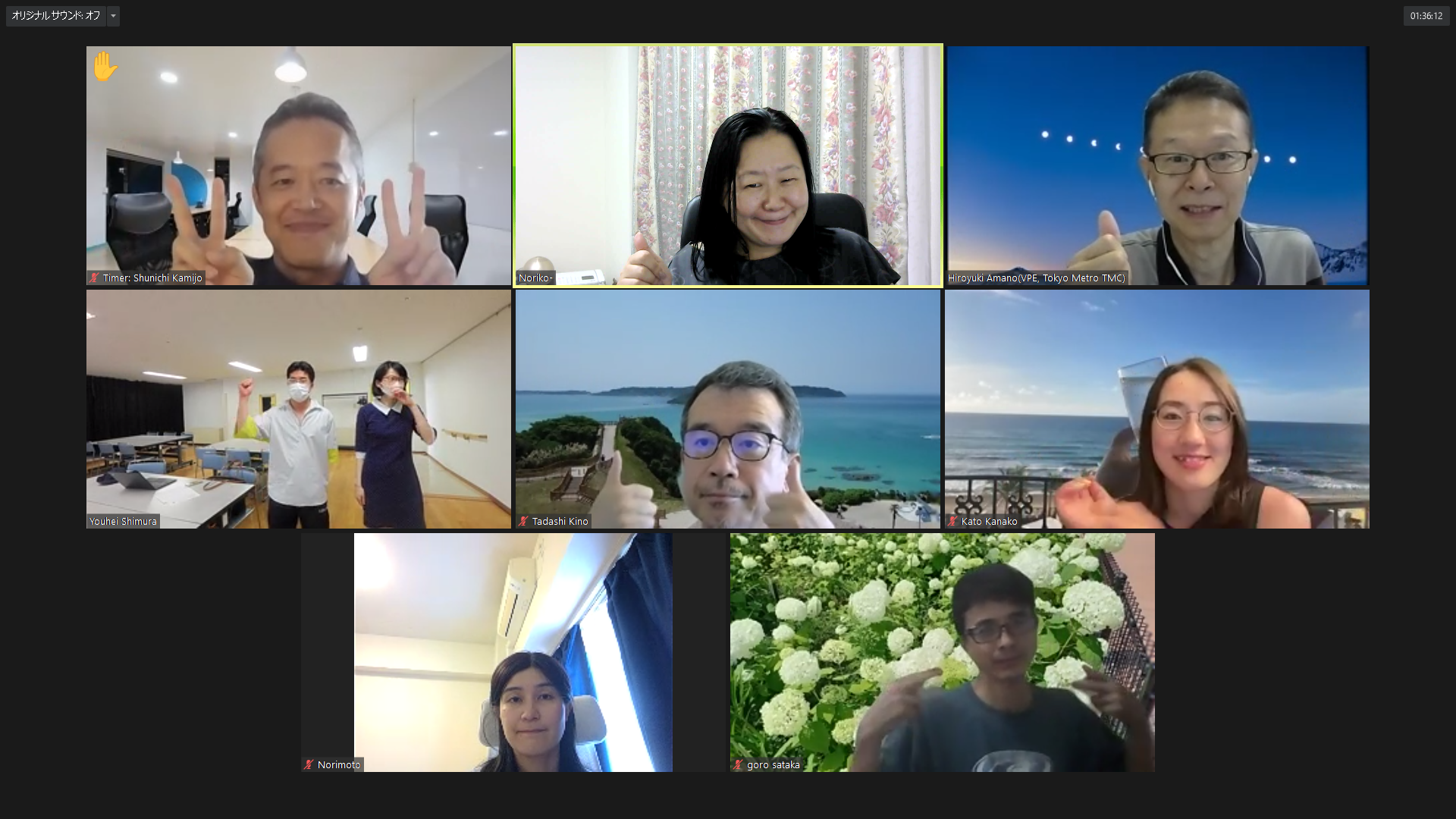 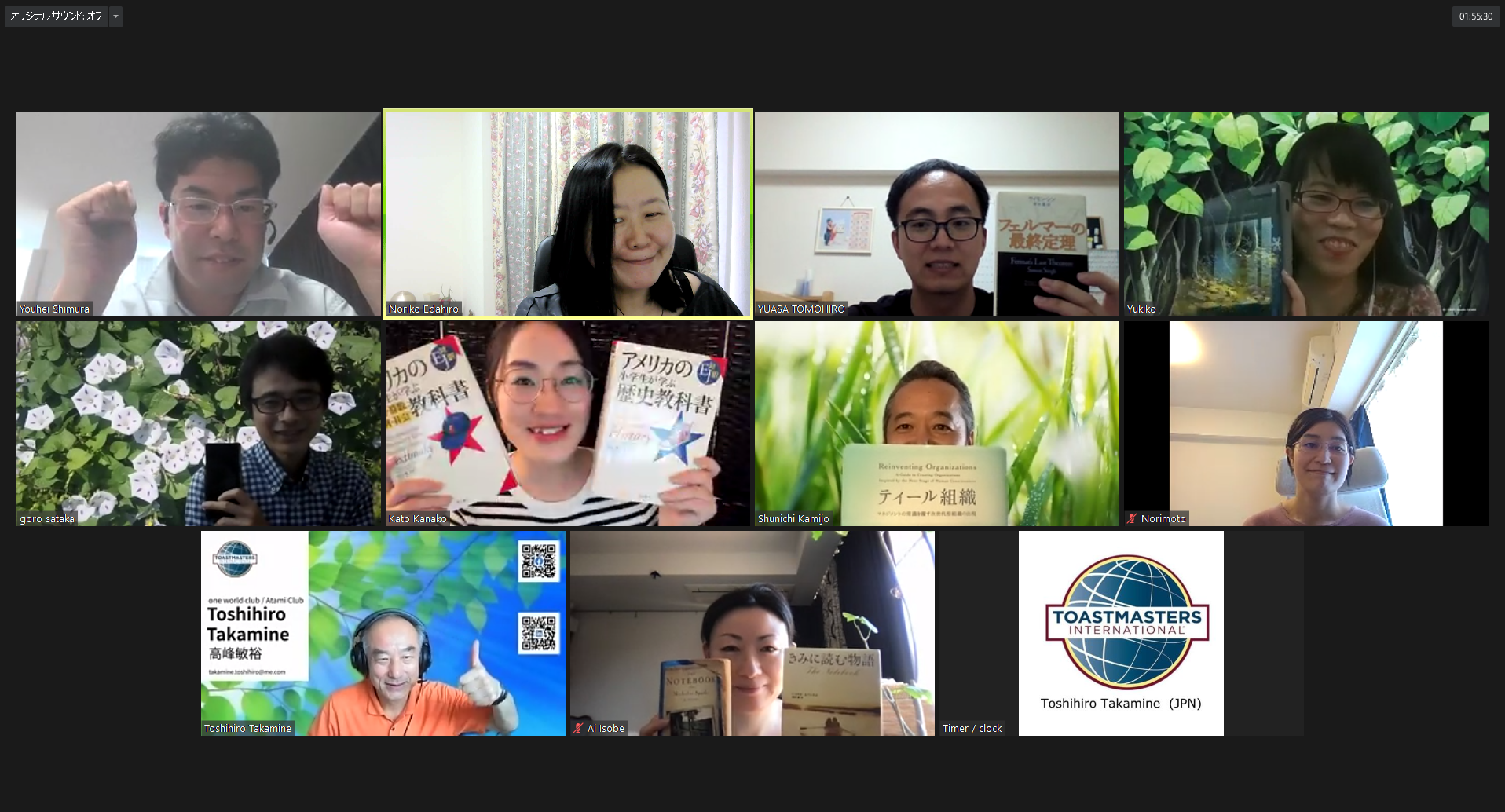 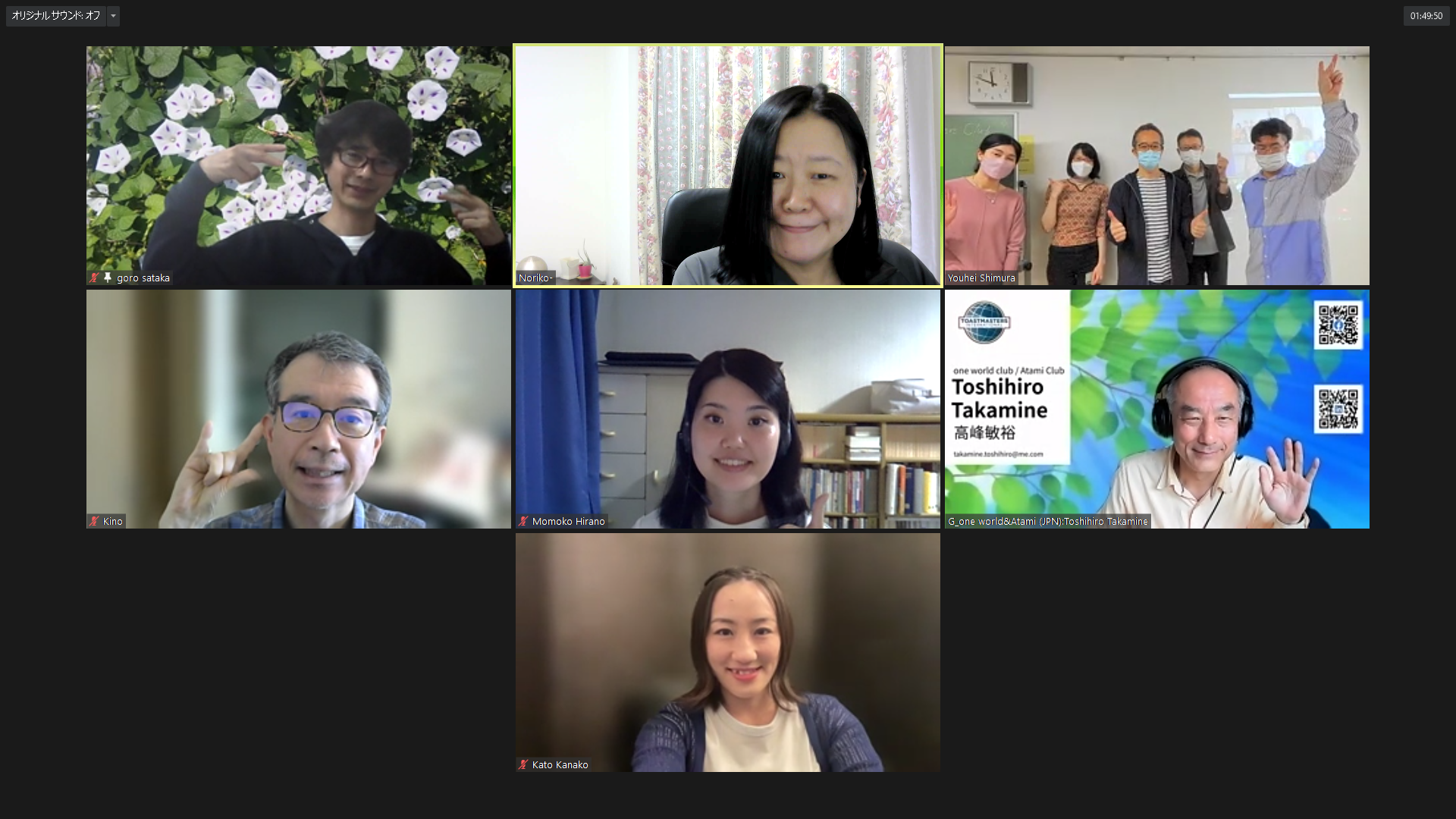 We had a hybrid meeting after a long time. We had 5 members at venue including one guest and 8 members via online.

TM K broke out the Good & New session and the meeting was warmed up.

There were two speeches and both of them were icebrakers.

Title: My first challenge in Japan

She talked about her personal experiences when she came back home from Canada. She didn’t look nervous and we cannot believe that this was her first speech! I look forward to her next speech.

[News of the week]

The agenda was changed due to machine trouble. TM K talked about the film “Coda” which won the Academy Awards this year. He showed some part of the film on YouTube and that makes us want to watch this film!

Table topics master was conducted by TM K. She chose the floriography as topics and requested speakers to present their episodes relating to the language of flowers. It was unique and interesting as the theme of table topics.

TM I evaluated the first speech in Japanese. She presented her evaluation before the news of the week. Her evaluation was well organized and delivered with amazing vocal variety like a prepared speech though she didn’t have much time to prepare.

TM A evaluated the second speech in English. He gave the speaker good advices concretely which the speaker can improve. It was really helpful not only for the speaker but also for other members.

General evaluator gave applause to today’s TMOM, TM K because she gave some good comments to all speeches and she flexibly managed the meeting though there were some unexpected changes.

No Award session for others since there were only two speakers.

Thanks to the time management of TMOM, the meeting was successfully adjourned on time. 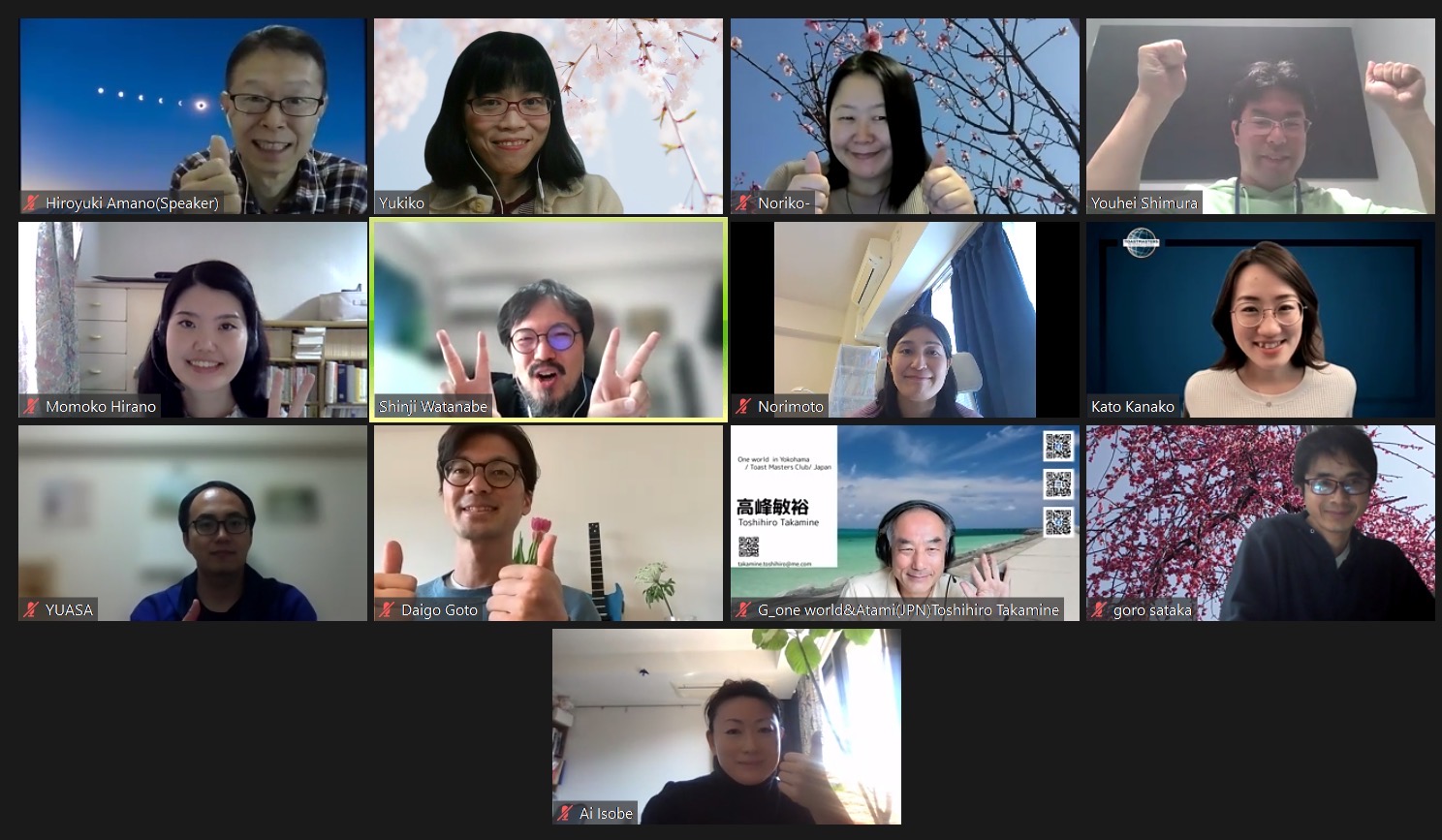 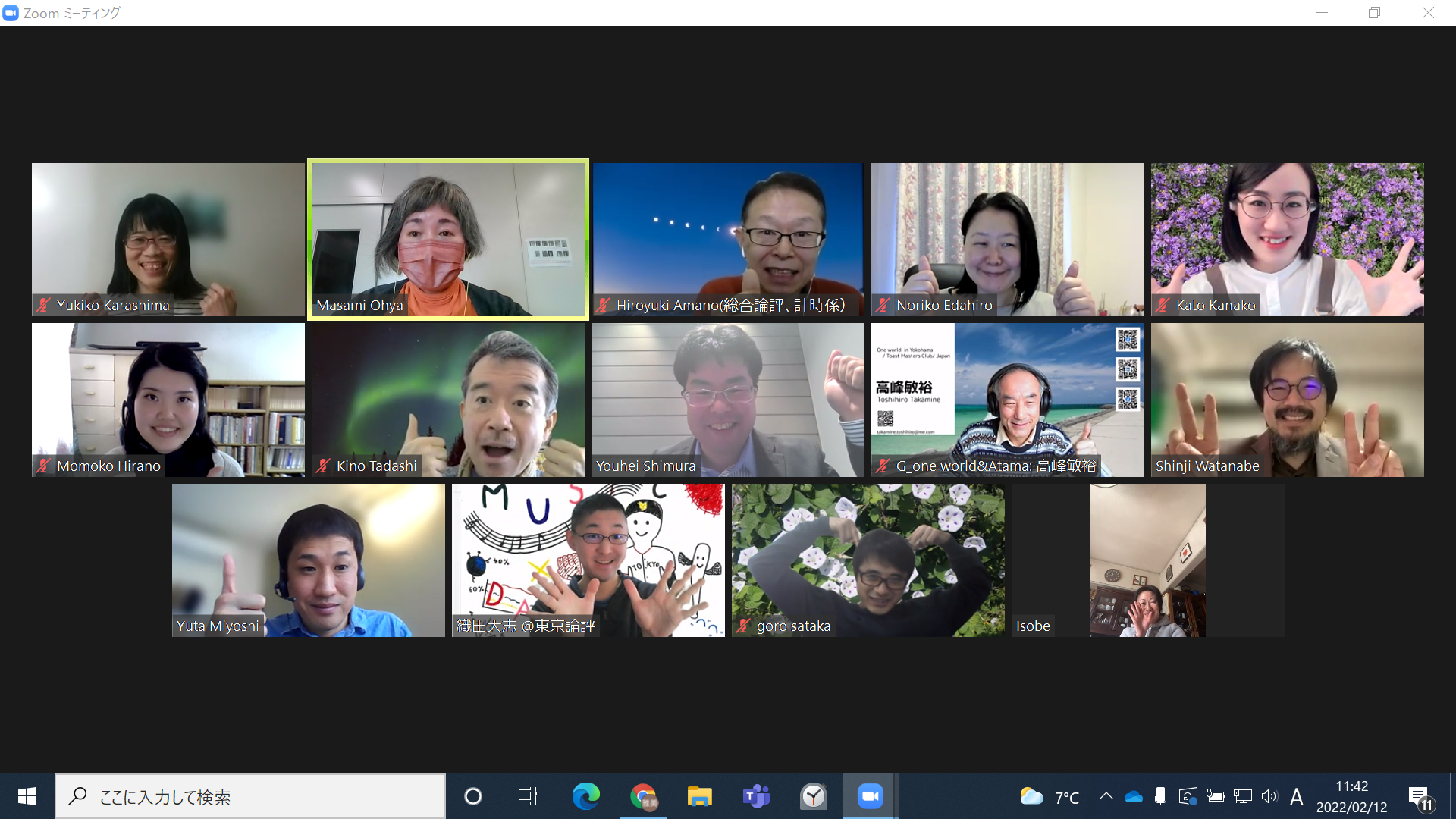 We had a good meeting with workshop for speech contest support and operation. We had one speaker, the speech was highly energetic and fun to listen to.

Today’s word of the day was “mind”.

We had 9 members online and 2 members onsite, and 1 guest online.

Table topics master was managed by TM I and it was about how we build relationship with our partners in life, how we handle/overcome challenges in our jobs, and what we expect and hope for in the new year 2022. It was interesting to learn how other people handled each situation or topics.

Workshop about the speech contest support and operation was good to learn because the contests are an important event for toastmaster, contestants spend their time and effort into their presentation, and it is important for us to properly support these events.

Speech by YS was highly energetic as always, and fun to listen to with colorful stories about his experiences in the past. It will be contest speech and I hope that it will be a good result in the contest.

Thanks to the good time management of TMOM, the meeting was successfully adjourned on time. We had some trouble with our guest going into a different “Zoom meeting room”, but we were able to contact him and join the online meeting room before the meeting started, so it was good.

See you again in the next meeting! 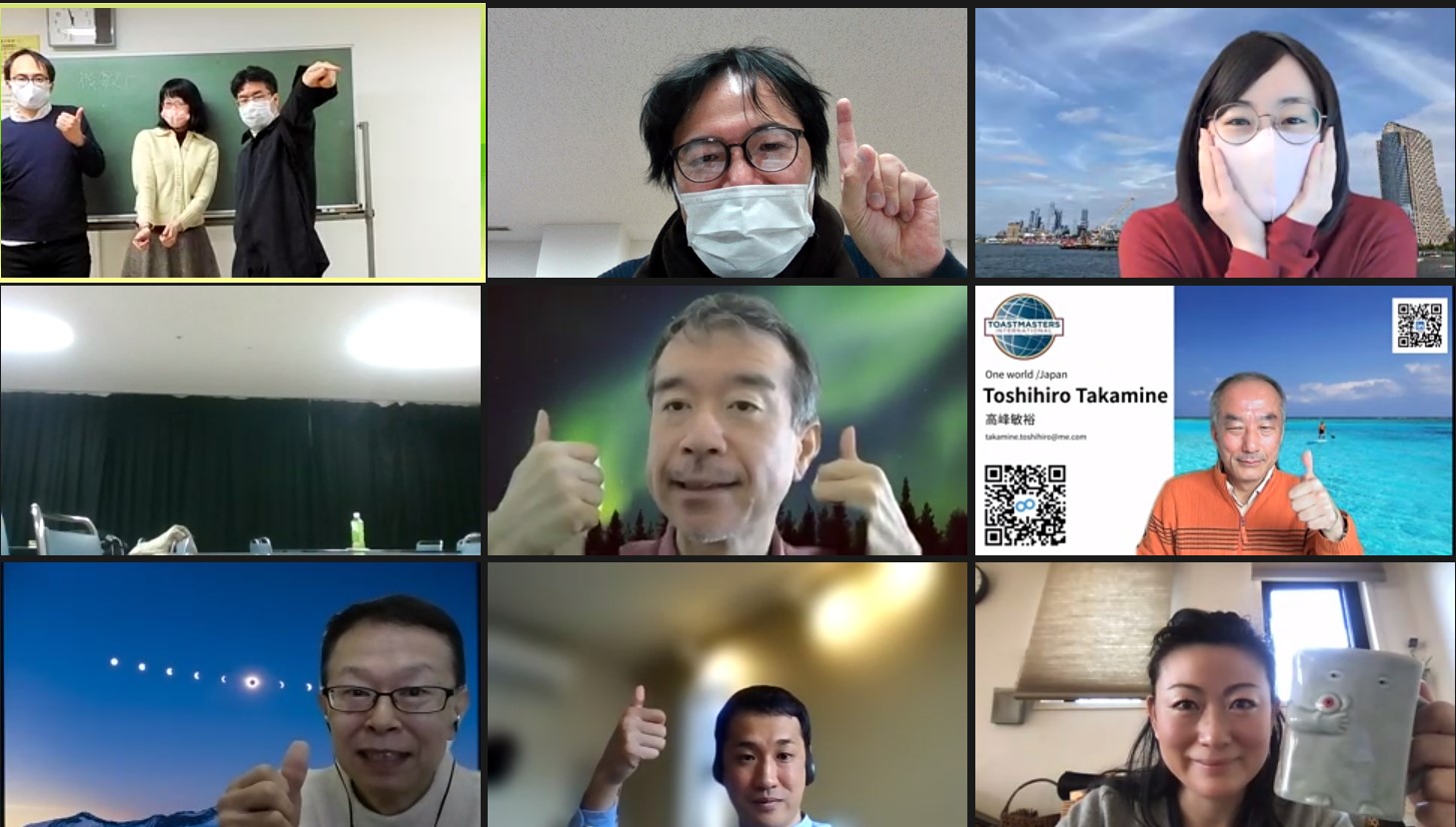 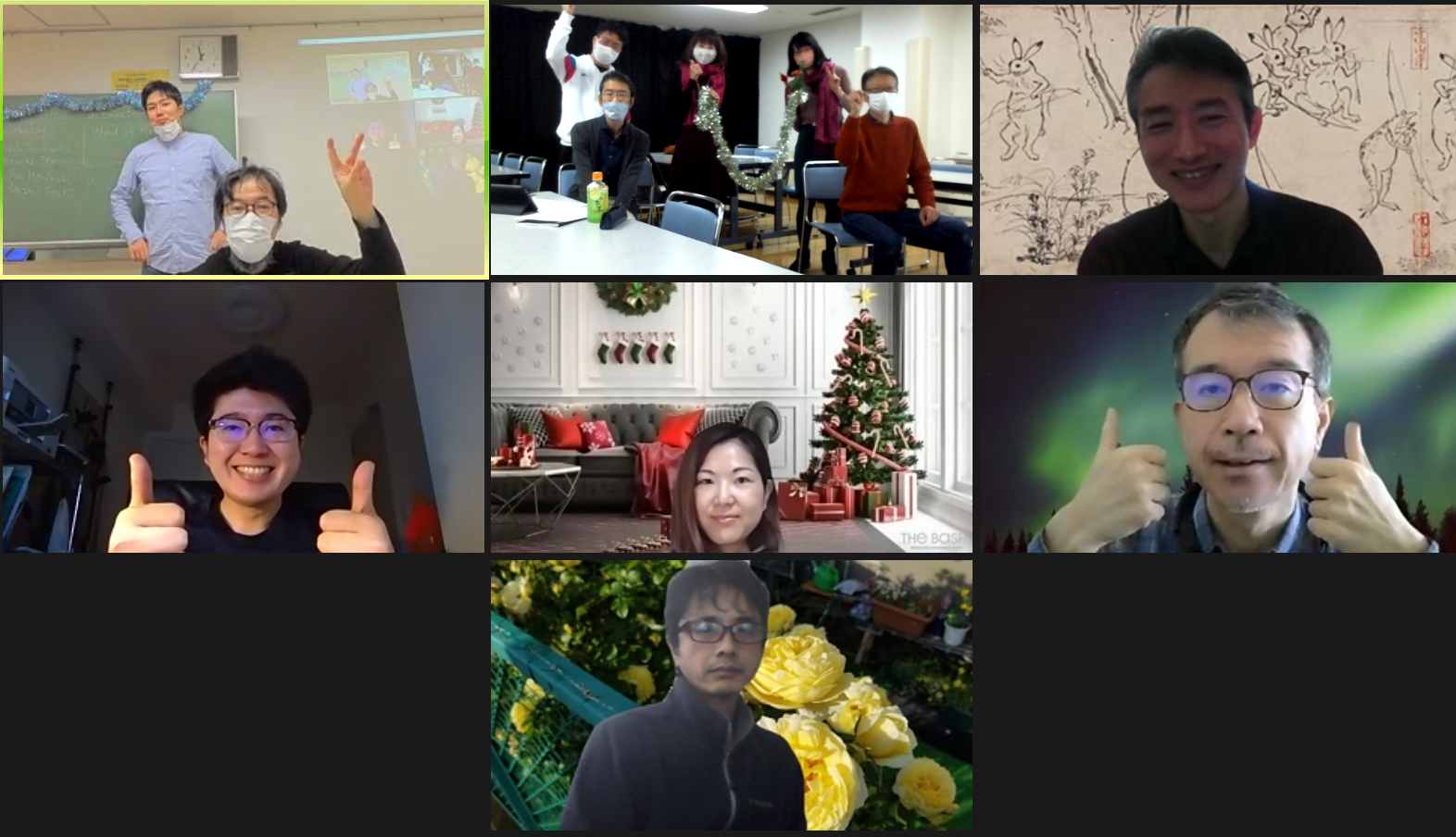 Date : Saturday, 25th December 2021
Venue : Chiyoda-ku Sport Center and Online(zoom)
We had the last meeting of this year. It was also an enjoyable Christmas meeting.
We had 4 members at the venue and 1 member via online. Adding to that we had 3 guests at
the venue and 2 guests online!
Today’s ‘Word of the day’ was “wish” .
We had only one speaker. The speech was impressive with the theme of picking up trash.
The table topics session was managed by the toastmaster of the morning TM W with the
special workshop where he shared how to respond to the Table Topics. We learned many
tips for impromptu talk.
Today, Table Topics speakers delivered speeches on free topics. Each speaker delivered
a speech on what they are interested in the most recently and the speech was enthusiastic.
After that, the evaluation session was presided over by the General Evaluator.
Thanks to the time management of TMOM, the meeting was successfully adjourned on time.
[Award Winners](only Best Table Topic speaker was voted)
Best Table Topic Speaker : TM F
Best Evaluator :TM K
Best Speaker : TM A
I wish all of you happy holidays!
written by YK